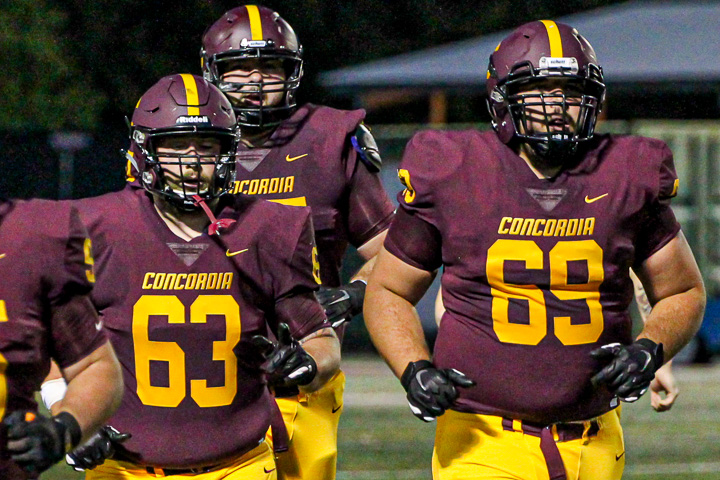 Six Stingers to audition for CFL teams at combine

The athletes will go through physical testing and show off their skills in one-on-one drills in hopes of impressing the professional league’s coaches, general managers and scouts. The best performers will earn a place at the CFL national combine March 26-28 in Toronto, where the top prospects for the 2020 draft will showcase their talents.

The Stingers invited to the regional combine on March 13 are:

The CFL introduced its regional combines in 2013. Since then several Stingers have benefitted from the process. Last year defensive tackle Michael Sanelli was selected to attend the national showcase after a strong showing at the Ontario regional combine. He was drafted in the fifth round by the Montreal Alouettes and made their 2019 roster.

Fullback Tanner Green parlayed his regional experience into a national invite and has been with the Edmonton Eskimos, who drafted him in 2018, for two seasons.

Defensive back/returner Kris Robertson in 2013 and linebacker Travis Bent in 2014 also went from the regional combines to the national showcase to being drafted. Robertson was selected in the second round by the Winnipeg Blue Bombers, while Bent was picked in the sixth round by the Saskatchewan Roughriders.

The CFL will hold its annual draft  April 30. Rookie camp opens May 13 and full training camp gets underway May 17.