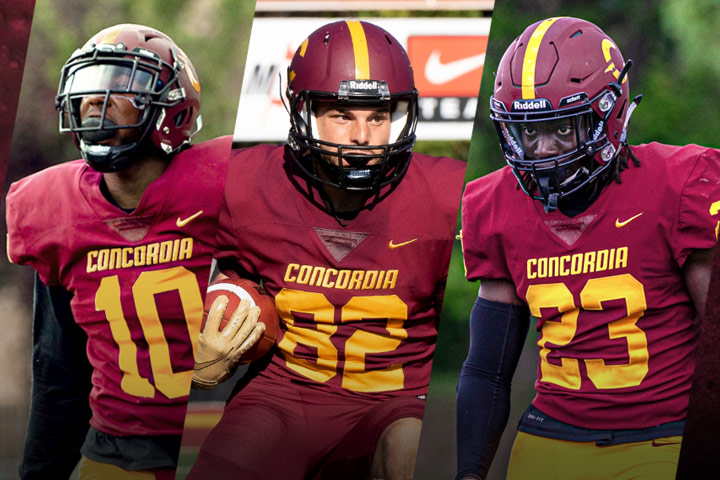 Three members of the Concordia Stingers football program were selected in the CFL draft on Thursday night, including a couple who will get a chance to compete for spots on the Montreal Alouettes' roster.

The hometown team selected linebacker Jersey Henry in the sixth round, 51st overall, and slotback Vincent Alessandrini in the seventh round, 60th overall.

The Calgary Stampeders picked cornerback Michael Asibuo in the eighth round, 70th overall.

Henry, a six-foot-one, 215-pound resident of LaSalle, Que., is an intense, physical player that set the pace for the Concordia defence. He was the second-leading tackler on the Stingers in 2019 with 29 solo tackles and 16 assists in eight games. Henry received some well-deserved recognition when he played in the U Sports East West Bowl in May of 2019.

Alessandrini, a six-foot-two, 195-pound native of Laval, Que., was named the RSEQ Offensive Rookie of the Year and Concordia’s team MVP in 2016. That year he led the league with 52 receptions in eight games. He also rolled up 554 yards of offence and scored one touchdown. In his sophomore year, he was fourth in the RSEQ with 36 receptions for 478 yards and a major. The last two seasons, he battled injuries and only played in two games.

It’s the second consecutive year that the Alouettes have selected Stingers. In 2019, the local CFL club selected defensive tackle Michael Sanelli in the fifth round.

Asibuo, who also calls LaSalle, Que. home, had an outstanding debut season with Concordia in 2016. The very athletic five-foot-11, 190-pound defensive back had 18 solo tackles, three assists and four interceptions in eight games. He had some issues with injuries in the middle of his university career before coming back strong in 2019. He played seven games picking up 11 solo tackles and eight assists.