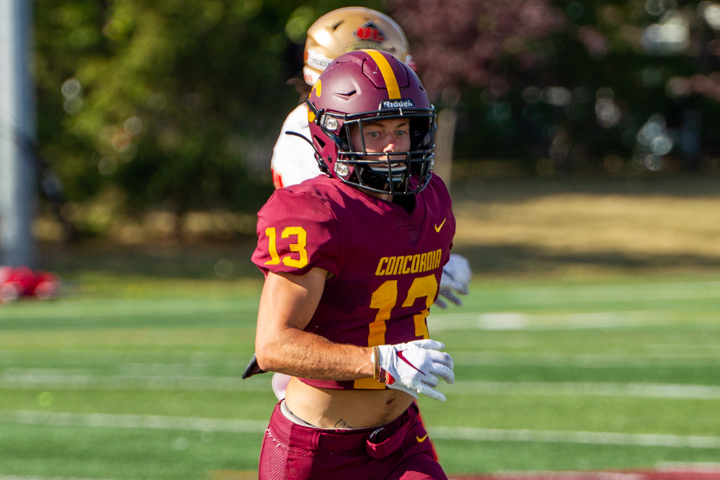 Concordia Stingers captain Jacob Salvail was a work horse in his team's tough 33-7 loss to the Laval Rouge et Or on Saturday afternoon before a crowd of 1,113 at Concordia Stadium.

The veteran receiver, originally from Quebec City, had 107 all-purpose yards on the day. He caught seven passes for 77 yards, returned two kickoffs for 28 yards and fielded two punts for two yards.

He helped the Stingers amass 19 first downs and 244 yards of offence.

Quarterback Olivier Roy, making his first start at the U Sports level, completed 19 of 33 passes for 214 yards and threw two interceptions.

The leading rusher was Gabriel Morency who carried the ball six times for 46 (7.7 ave.).

Running back Philippe Lessard-Vézina had 127 yards and a touchdown on eight carries. His major came on a 72-yard sprint with 25 seconds left in the game.

The score was 3-2 for Laval after the first quarter. The visitors stretched their lead to 18-2 at halftime.

The Stingers play the Montréal Carabins on the road on Friday, Sept. 10. Laval heads to Sherbrooke to meet the Vert & Or next Saturday.