The Stingers are heading to Kingston, Ont. and a showdown with the Queen's Gaels. 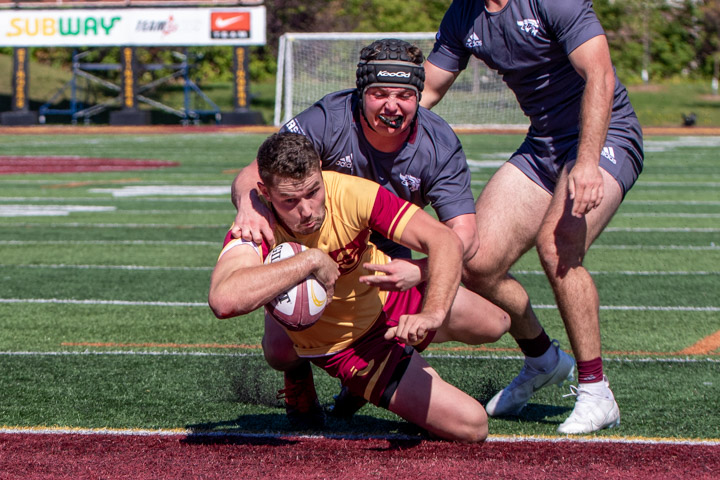 What you need to know about this week's men's rugby nationals

The Concordia Stingers will make their fourth consecutive appearance at the Canadian University Men's Rugby Championship this week when they travel to Queen's University in Kingston, Ont. to represent Quebec in the prestigious eight-team competition.

The four-time RSEQ champions posted a 5-1 win-loss record in conference play. The only blimp coming Sept. 24 in Lennoxville, Que. when Concordia lost 27-12 to the Bishop’s Gaiters. It marked the first time in 27 games, spanning four seasons, that the Stingers lost a regular season or playoff game to a Quebec opponent.

In the post-season, Concordia defeated the Ottawa Gee-Gees 37-21 in the semifinals and then rolled the McGill Redbirds 33-0 in the provincial final.

The Stingers will meet the host Queen’s Gaels in quarter-finals on Wednesday at 5 p.m. The Gaels finished first in the OUA East with a 4-0 win-loss record. They outscored their opponents 213-7, but lost the Ontario championship 37-28 to the Guelph Gryphons. Queen’s is the fourth seed.

The Stingers and the Gaels met in the bronze medal game at the 2019 men’s rugby nationals. Queen’s won the contest by a score of 31-22.

The national championship brings together some of the best young rugby players in the country. Joining Concordia and Queen’s at the tournament this week are: the UBC Thunderbirds (BC champions) and the defending champion Victoria Vikes, RMC Paladins, Guelph Gryphons (OUA champions), Calgary Dinos (Prairies champions) and the Dalhousie Tigers (Maritime champions).

The semifinals will take place Nov. 26. Consolation finals and medals games will be held Nov. 28.

Games will be streamed on The Rugby Network

Tickets can be purchased HERE