Aidan McMullan in action at the men's rugby national championship in Kingston, Ont. 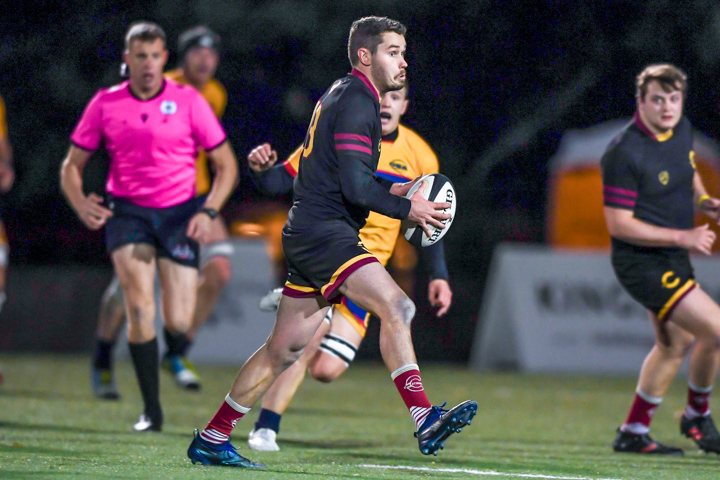 Men's rugby loses to Queen's, heads to consolation round at nationals

The Concordia Stingers put up a strong fight in their opening round game at the Canadian University Men's Rugby Championships on Wednesday in Kingston, Ont., but eventually succumbed 38-22 to the host Queen's Gaels.

The No. 4-seeded Gaels and the No. 5-seeded Stingers traded leads early on with Queen's holding a slight14-12 advantage heading into halftime. However, the Gaels pulled away in the last 30 minutes, outscoring the Stingers 24-10.

Thomas Kirkwood and Rien Van Der Ploeg led the way for the Gaels. Kirkwood finished the game with four converts and a penalty goal, while Van De Ploeg recorded a game-high two tries.

Will Matthews was named the Player of the Game for Queen's, while McMullan took the honour for Concordia.

The Stingers’ next game is Friday at 11 a.m. against the RMC Paladins in the consolation semifinals.