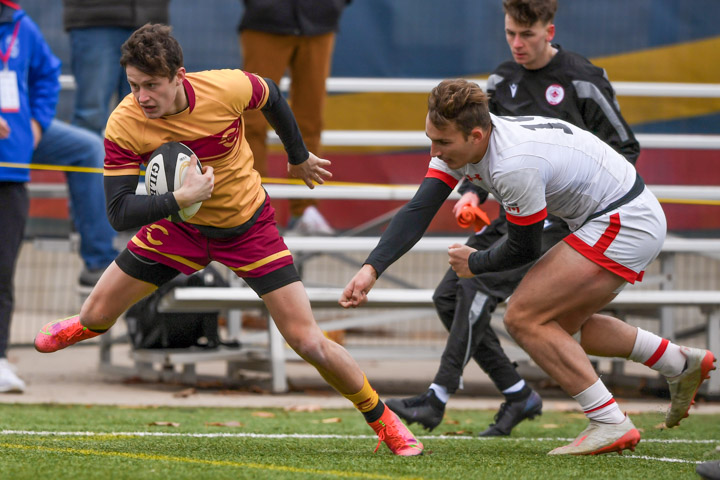 The win advances the Stingers to the consolation championship versus the Calgary Dinos. It will take place Sunday at 11 a.m.

The teams played a tight opening half, but the Stingers edged ahead and held a 17-3 lead after 30 minutes. Concordia scored 43 unanswered points in the second half.

Rookie Arthur Du Chaffaut opened the scoring in the game with a penalty kick and he never looked back. He also picked up a try and six converts to finish the game with 20 points.

RMC’s lone points came on a penalty kick from Glenn Bulter in the 28th minute.

Thomas Artmann was the Player of the Game for Concordia, while Brendan Scrivo received the honour for RMC.