Santino Sparagna is a graduate of the Champlain College, St. Lambert, football program. 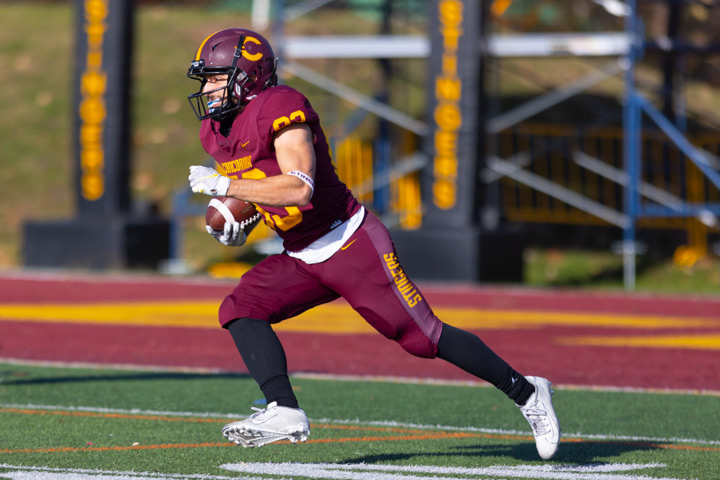 Santino Sparagna, a versatile second-year returner with the Concordia Stingers, has been named the RSEQ Special Teams Player of the Year.

“Santino is a very hard worker,” said Concordia head coach Brad Collinson. “Nothing has been given to him. He’s worked hard for everything he’s gotten.

“Skill-wise, he’s quick, shifty and hard to tackle. He has good hand-eye co-ordination which helps him to catch punts. That’s what you want in a punt-returner. It’s very rare that he lets the ball bounce.”

Sparagna carried a big load for the Stingers, returning punts and kicks as well as earning a spot as a starting receiver in the final five games of 2022.

He is the first Stinger to be recognized as the Special Teams Player of the Year. The award was first presented by the RSEQ in 2014.