Santino Sparagna (left) and Jeremy Murphy were honoured by U Sports on Thursday. 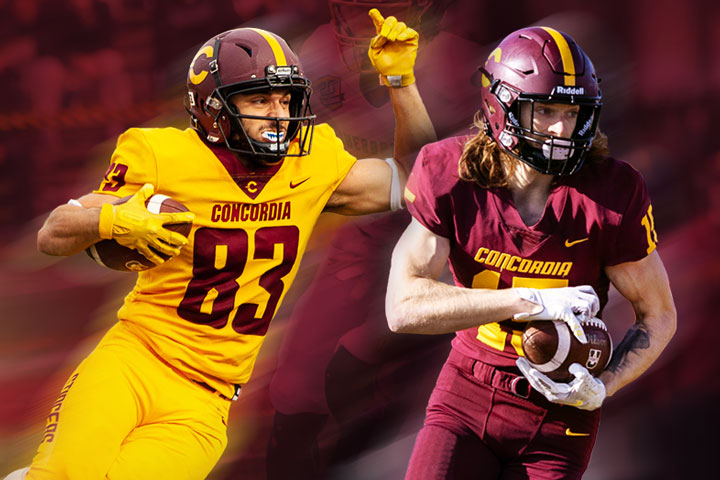 Receiver Jeremy Murphy and returner Santino Sparagna earned spots on the all-Canadian honour roll announced by U Sports at its annual football gala on Thursday in London, Ont.

Murphy was named to the first all-Canadian team. It is the wide receiver’s second national award. In 2019, he was named the U Sports Rookie of the Year.

The six-foot-two, 195-pound St. Bruno, Que. resident is considered a top prospect for the 2023 CFL draft.

Sparagna, a second-year Stinger, earned a spot on the second all-Canadian team as a returner. This season, he was also the RSEQ’s outstanding Special Teams Player.

He was RSEQ and U Sports Special Teams Player of the Week on two occasions this season.

This is his first all-Canadian honour. Sparagna is only the second Stinger to earn national recognition as a returner. Kris Robertson was on U Sports’ first team in 2011 and the second team in 2012.

Both Murphy and Sparagna come out of the Champlain, St. Lambert, football program and both study in Concordia’s Recreation and Leisure Studies program.